Using the photographs for more than their colours

while researching other artists that have similar objectves as me, I found a  jeweller by the name of Marian Hosking, Her subject matter is the flora of Australia and in many pieces has used images or silhouettes of plants. instead of using the image as is, she layers images, deconstructs and reassembles images in order to create a new image all together. With this in mind, i wanted to use the photographs that i have been taking and use them not only for their colours but also for their potential to create interesting shapes. 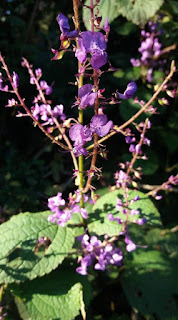 Above is the original image. I took this image and made it black and which a swapped negative and positive. 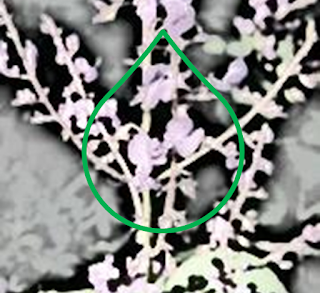 This is the result. The aim was to them pierce out sections of this image and enamel the positive areas. 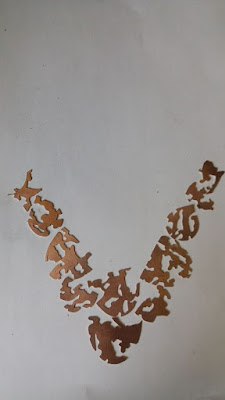 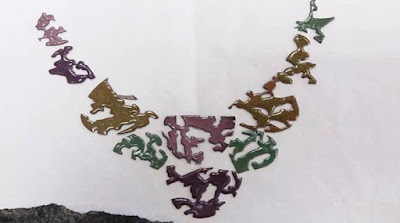 These are some of the test pieces and cut outs. i am in the process of manufacturing a statement neck piece that will be claw set with silver.

Enameling on something different

I have found that when i get bored of something, its best for me to try something new or try a new technique to get out of a rut. I felt as though i was in a rut when it came to enameling flat pieces of copper so decided to see if enameling on tubes or half tubes would work. 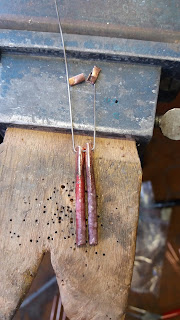 One of the challenges with the half tubes was how I would attach them to a piece of jewellery and found the easiest and most effective way was to drill a hole through which I'd thread them on to a wire. Above are two of my first test pieces. 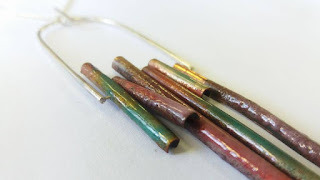 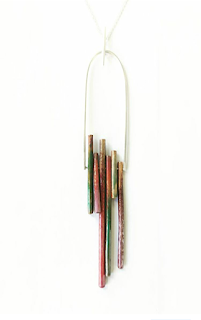 This pendant was the end result. I love this piece and will definitely revisit this direction. It also allowed me to practice firing pieces that weren't flat which a tad more tricky as the enamel often doesn't stick well to all sides. I also like how some of the metal is still exposed, allows for a very organic look which is contrasted by the polish and simple/geometric frame on which they hang.

Enamel elements incorporated in a hoop 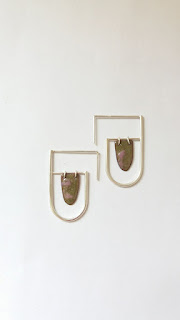 Up until now, I had been using my bench torch to fire my enamel pieces and i wasn't getting a constant look. This week I started firing my enamels in the kiln and I am really excited with the results. I found that there was more room to play around with different colour and colour combinations because it more controlled. Here are some of my test pieces. 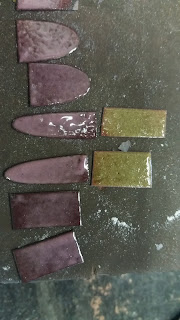 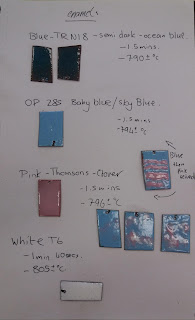 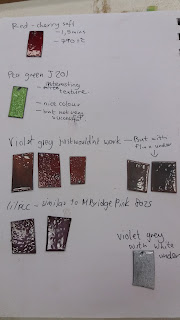 These earrings are a prototype for a range of earrings I am designing/ working on. They are a little more bold than the previous hoops. In the future the copper element will be an enameled element.

While designing for anglo plat, I started designing hoops and I want to carry on exploring this style of earrings. there is so much room for experimentation.

These are a variation of my AngloPlat earrings

I decided to make a simple enamel pin that was riveted to create some movement. It wasn't as successful as Id have liked it to be and I need too work on my riveting skills. I do like its overall look and I think that it could be a starting point for other pieces.